FERRARI 2016: ENGINE ENDOTHERMIC, MGU-K and TRASMISSION – How many changes

By Redazione FUnoAT
12 Dicembre 2015
0
Facebook
Twitter
WhatsApp
Linkedin
To be able to have a tight back that will enable aerodiynamicists to make the leap forward in terms of downforce at the rear, the engineers at Maranello have worked on a variety areas of power unit. The endothermic engine, in addition to the much acclaimed new crankcase that can bring important benefits both as regards the part endothermic, that for the part of the hybrid Italian PU will change in many other areas and will be very different both in size and in positioning with respect to one used in 2015.

The technicians led by the engineer Binotto, have tried to keep the overall dimensions, just to improve consequently the sliding of the streams directed toward the rear of the car, useful to generate greater aerodynamic load due to the diffuser. Aerodynamic loading, achieved without a significant increase in aerodynamic drag, as opposed to when for example you go to search load via a wing (the aerodynamic resistance is accentuated).

The intercooler, air-water type that was placed inside the “V” of the internal combustion engine will be placed in a new position completely different than in past seasons following the philosophy of the Mercedes. Then, the exchanger will be housed inside the frame of the new Ferrari. This could mean that even motorists Ferrari, have splitted the group turbo / compressor, the latter in front of the combustion engine. Of this solution have not yet received the necessary confirmations but intercooler placement makes us think of this solution. This would minimize the path of the air from the compressor sent later when entering the part of the endothermic Italian PU.
One of the many causes that have allowed the aerodynamicsts taper of the zone of Coca Cola SF15 – T has been, without doubt, the placement and size of the engine MGU – K current. Since 2014 this component was placed in the back of the endothermic, as you can see from the image below. And as for the size, it is not quite compact. 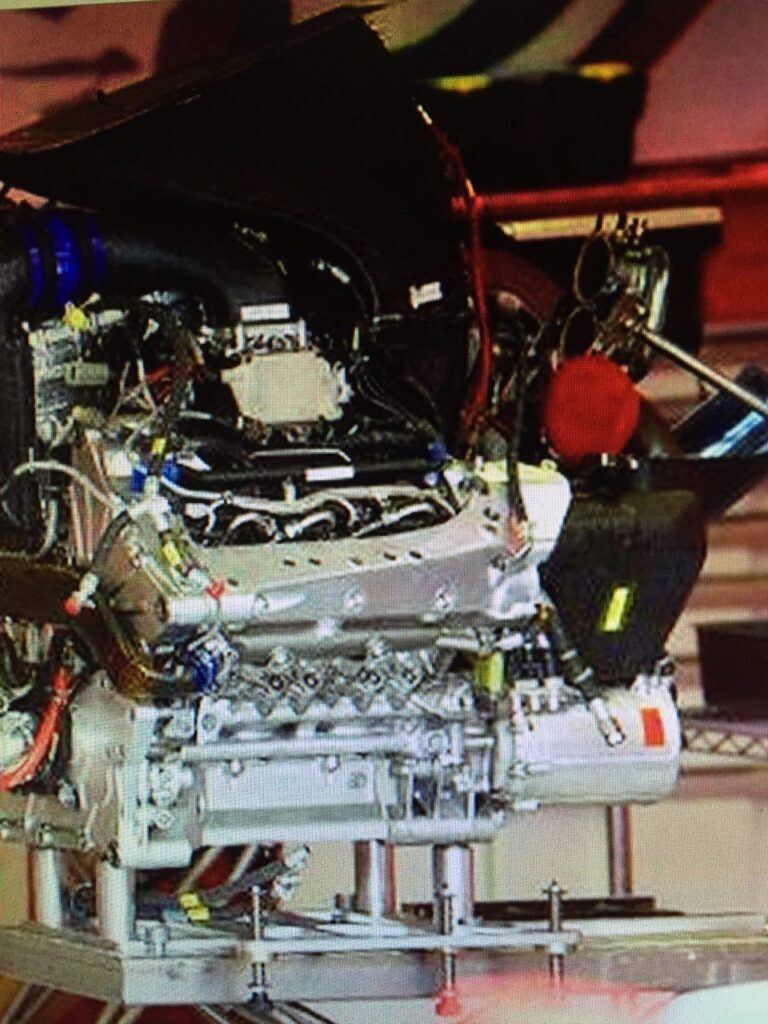 The electric motor MGU – K has been completely redesigned; the technicians of the Italian team, together to the work of Magneti Marelli, have created a motor generator very compact in its dimensions which will provide even better performance . MGU – K will be placed on the left side of the endothermic version 2016, copying some solutions Mercedes and Honda .
To have a Ferrari in 2016 with a very narrow rear and sleek, technicians also modify the gear box that will be very tight in order to bring even greater amount of air at the top of the diffuser and therefore generate more downforce. Given all these changes at the rear of the Ferrari 2016 it will be used a new suspension pull rod, revised kinematics, to further improve the mechanical grip and traction out of the slow corners.
di @spontonc e @RoboCoPJ – traduzione di @Seby_5_
Share
Facebook
Twitter
WhatsApp
Linkedin
Previous article2 – FERRARI 2016: MOTORE ENDOTERMICO, MGU-K E CAMBIO, quante modifiche!
Next articleFORMULA UNO E PIRELLI: TUTTI I NUMERI DEL 2015

Lightning, Stars Waking Up as Surprise Teams Level Out