Magnussen is the new face of Haas and he earned it 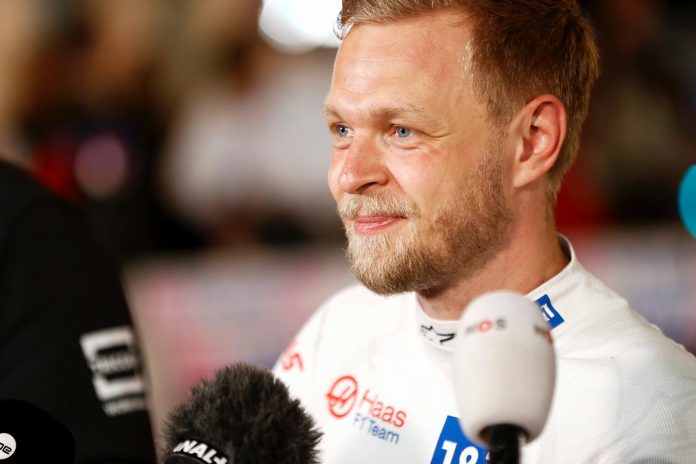 F1 – Although Charles Leclerc and Carlos Sainz scoring a Ferrari 1-2 in dominant fashion took the spotlight, Haas’ form impressed and confirmed that its 2022 campaign is bound for greatness. The returning Kevin Magnussen put up a solid performance in Bahrain, exceeding everyone’s expectations with a remarkable P5 in the race and P7 in qualifying.

“A chapter has been closed today and what a journey it has been” Magnussen tweeted after his final F1 race in 2020. His four-year stint drew to a close, after Haas decided to opt for Nikita Mazepin and the generous cash injection he would bring to the team.

Fast forward, the Dane was supposed to join Peugeot’s World Endurance Championship squad in 2022 after he chose a different path to seek fortune overseas, yet he now finds himself in Formula 1 with the team he previously raced for, replacing Mazepin.

In a two-week span, it all came full circle for Magnussen, who has undoubtedly become the new face of Haas’ renaissance following a disastrous 2021 season.

Fast, extremely aggressive, a natural deliverer, he completed a faultless performance at Sakhir with no testing behind and over one year away from the sport, mastering all the technical and physical challenges of the new cars.

Magnussen’s new role is clear. He will carry the development of the VF-22 on his back, fully exploiting his experience and acting as a reference for Mick Schumacher, who is starting his sophomore season in Formula 1. Haas team principal Guenther Steiner expressed more than once the need for a skilled veteran to valorise the 2022 project and build a foundation for the years to come.

Such a brilliant story proves that doors never close fully, although it is rather atypical for a former F1 driver to find a way into the sport, let alone with their former team. It will be interesting to witness Magnussen’s progression throughout the season, as we try to get a better understanding of what the VF-22 is capable of on different tracks.