A season to remember, as the first single-seater of the AlphaTauri era wins straight away. The team wins in Monza with the Frenchman Pierre Gasly, taking advantage of a crazy race. Often inconsistent, the AT01 showed too fluctuating performances to fully satisfy the engineers from Faenza, with the drivers sometimes forced to fight for back-up positions. The declared goal for the 2021 World championship is clear: find stability in the performance on which to build a consistent year. Hiding. As much as possible. This seems to be the leitmotiv that transpires from the first two car launches. Images created on the computer, so as not to reveal what could be juicy information for their competitors. As for this aspect, AlphaTauri seems to have done its job well. The “real” car used in the launch video proves it: it was an AT01 with the 2021 livery…

Being an evolution of the 2020 single-seater, the AT02 inherits the chassis of the last year’s car due to the regulation imposed by the FIA. Although from the first images (better not to trust the renderings too much) regarding the new car, the configuration of the protuberance of the nose would seem to have a slightly dissimilar shape, this difference would not justify at all the expense of the two tokens available to change the internal structure. For this reason, it is reasonable to expect, probably as early as next Wednesday in Imola, during the first leg of the season, a completely revised version of the nose. It remains to be confirmed whether the further changes made to the wing supports, the angle of the side slide and the main plane will be confirmed.

As it was declared by AlphaTauri it self, for the 2021 season, the technicians from Faenza have taken a purely aerodynamic direction. Even on a mechanical level, in fact, we know that the front suspension has been completely redesigned for aerodynamic purposes. Also in this case, the track will give us the first feedback not visible on the car render.

By observing the rendering, the S-Duct also remains present in the same position, as well as, taking into consideration the lateral part of the nosecone, we notice the lateral “naca” ducts.

Undoubtedly, the most obvious change can be noted in the central area of ​​the single-seater. Although the configuration of the bridge deflectors connected to the vertical deflector has been confirmed around the cockpit, the two elements are now separated on the AT02. These aerodynamic appendices have two important tasks: managing the flow that will then have to flow above the sidepod and moving the turbulence, arriving from the front tires, towards the outside. This flow is turbolent due to the interaction with the front tire which, by rolling, causes a “dirty” flow. The latter in fact, could negatively affect the rest of the components and must therefore be removed from the rest of the car. Below the horizontal appendix, we see another deflector, which is responsible for conducting a greater amount of air inside the sidepod inlet.

The upper anti-intrusion cone is confirmed in a lowered position, with the cooling inlet of the radiators positioned at the top. The purpose is to enhance the lower undercut, which is fundamental for generating a downwash effect, useful to improve the performance of the car at the rear. The configuration of the bargeboards has a slight development in the initial part, with the appearance of four vertical flow deviators to better manage the flow arriving from the front of the car. As mentioned above, renders are to be taken with a grain of salt. Therefore, seeing several changes in this area on the first date with the track, exactly as happened for McLAren (click here to find out more), would not be a surprise at all. The configuration of the mirrors, which now used by all the cars in the lot, has been confirmed. Faired and “blown”, they remain hooked to the support connected to the cockpit while, through the appendix positioned at ninety degrees on the bridge flow diverter, they are connected to the sidepod.

The result of a targeted work under the hood in order to reduce the overall dimensions of each single component, in the area of ​​the bellies we notice a slight streamlining. The air outlets at the rear have been slightly closed compared to last season (awaiting confirmation on this), while the position of the two small exhausts of the wastegate valve remained unchanged. In addition, immediately above the main exhaust, there is a small aerodynamic appendix useful to move the flow coming out of the exhaust towards the back of the rear wing. This increases the pressure difference between the two sides of the wing, thus increasing the downforce.

Observing the stairway floor of the AT02, in the initial part we notice a small aerodynamic bridge appendix. This solution is very similar to the one already present on last year’s car. Moving our glance to the area in front of the rear tires, we note that the AlphaTauri technicians, despite the new aerodynamic regulations of paragraph 22.08.06, have nevertheless managed to find a way to insert a small aerodynamic appendix. This small element has the task of sealing the floor and limiting the entry of external flows that would decrease the efficiency of the element itself.

The solution of the double swan neck pylon, Ferrari school, to support the rear wing, is new. Furthermore, we note the appearance of a small blow that extends for almost the entire length of the endplate. The will of the Alpha Tauri aerodynamicists is to lower the pressure below the wing to increase downforce. The vertical fringes on the final part of the endplate, still useful to help the diffuser in its lateral expansion, behind the rear tires have been confirmed. Finally, on the top of the endplates, the vertical diverters switch from two elements to a single one.

As per regulation, in the extractor area, the height of the vertical appendices has significantly decreased. However, some vertical profiles, that increase the lateral expansion of the diffuser, have now been added. The external area remains unchanged, with three overlapping profiles, very useful for the generation of the vortex which then “moves” as far as possible the turbulent flow that originates behind the rear tires. Finally, we note some small differences in the flaps that attach to the rear impact structure, useful to increase the vertical expansion of the diffuser and consequently the vertical thrust generated. 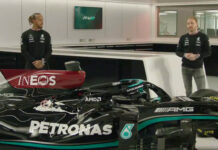 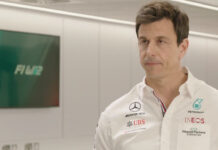 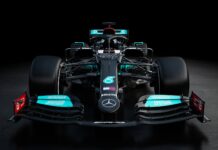 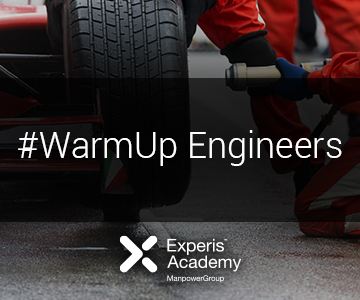