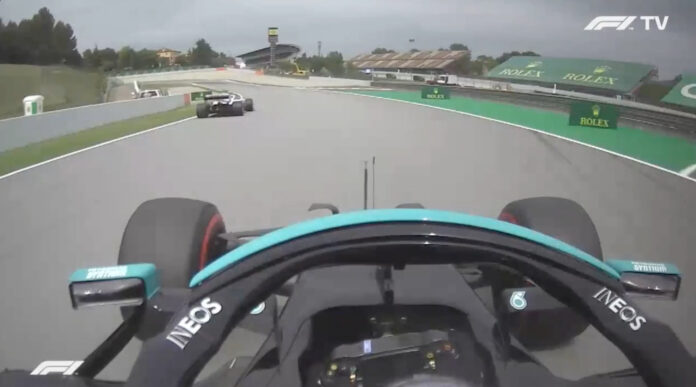 The seamless process of rejuvenating Formula 1 in its looks includes a new take on radio communications. Toto Wolff’s radio message to race director Michael Masi was the first ever FIA-team radio aired on TV and the fans welcomed this innovation with open arms.

Michael Masi later revealed that the idea emerged last year in an F1 Commission meeting. Although FIA-teams radio communications occur regularly, the Spanish GP was the first occasion to test it live following numerous trials in the background.

Toto Wolff addressing the call directly to Michael Masi turned heads on multiple levels during the Spanish Grand Prix. Firstly, due to the fact that it was unprecedented on TV. Secondly, because it involved Mercedes authority and Nikita Mazepin, who has been in the eye of the storm since the Instagram story scandal.

Gunther Steiner bluntly bashed Wolff, claiming that “he wanted a bit of publicity”. The reaction from Haas’ team principal is however a direct consequence of the principle behind every single aired team radio message. Only a small portion of radio communications are broadcast live, based on how much of a storyline they can create. Similarly, the Mazepin-related message from Toto Wolff to the race direction was instrumental inputting the emphasis on the character that the Russian driver currently represents.

His character building and development is deeply rooted in a series of unpleasant episodes, followed up by poor on-track performance.

Jolyon Palmer believes the Mazepin-related team radio was aired to support the strong narrative against the driver, instead of enforcing Toto Wolff’s already unquestionable authority.

“We know the narrative against Mazepin, comes in with huge backing, not the most popular driver and is not doing well. It just helped to pump that narrative a little bit more that it was broadcast” said the Briton.

Feeding the audience with such a “Drive-to-survive”-ish approach has become Formula 1’s most effective strategy to bring the fans closer and entice new enthusiasts into the sport.

This is why introducing the FIA-team radio message feature on live TV will have a major contribution in developing engaging race-based storylines in the near future.